In partnership with Vote Solar and the Interstate Renewable Energy Council (IREC), EQ Research conducted research and analysis of state net metering and interconnection standards for the 2015 Freeing the Grid, an annual report card that rates all 50 states on these two key clean energy policies. Together, these policies empower energy customers to produce their own power from rooftop solar and other distributed renewables. Now in its ninth years, the report shows an overall trend of improvement despite a few notable examples of states falling behind on these policies.

Freeing the Grid is designed to help state policy makers, regulators, advocates and other stakeholders easily understand and improve these historic pillars of the United States clean energy economy. The online resource includes best practices guidelines and an interactive map with state grades and recommendations. 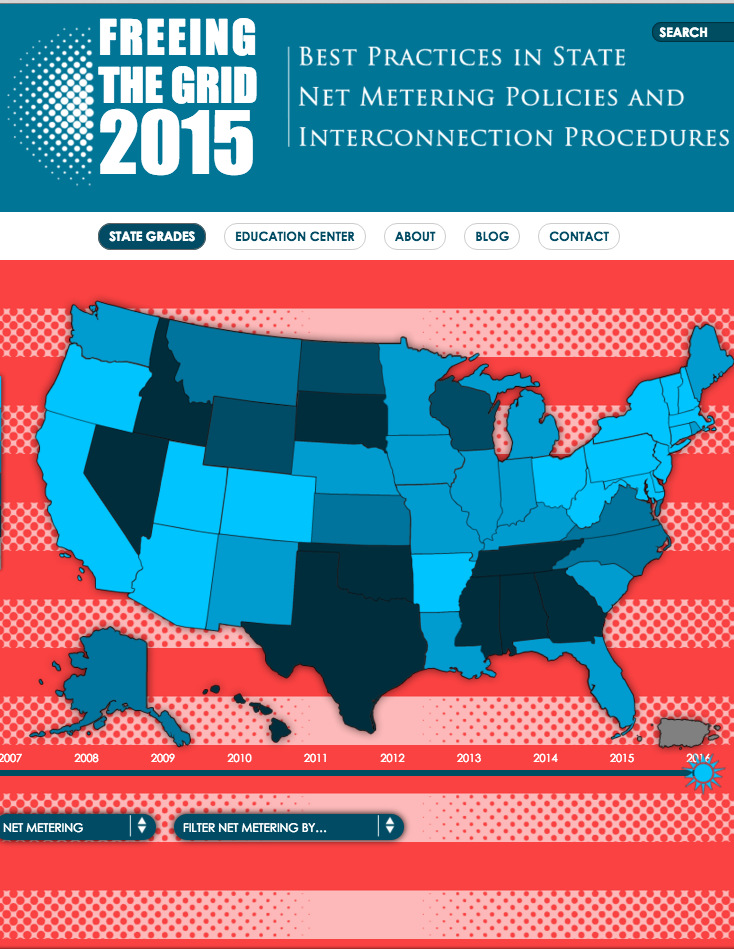